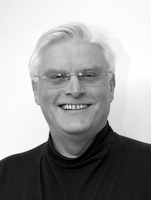 Bjørn was born in Vestvågøy, Norway, in 1946. He received the MSc and dr.techn. (PhD) degrees from the Norwegian University of Science and Technology (NTNU), Trondheim,  in 1971 and 1977, respectively.  He has been a professor in  Biomedical Engineering at the Department of Circulation and Medical Imaging since 1983 . He has spent most of his professional life in the field of medical ultrasound imaging, pioneering cardiac applications of ultrasound  Doppler measurements in the 70'ies. Since the mid 90'ies he has been working on ultrasound wave propagation in nonlinear,  heterogeneous tissue, especially with aspects of corrections of phase aberrations and pulse reverberations and detection of ultrasound contrast agents.

In 2007, Bjørn Angelsen was awarded the Ian Donald Medal for Technical Achivement within Ultrasound Technology, and was in 2008 awarded with The Heart Award from The Norwegian National Society for Peoples Health together with clinician Liv Hatle for their contribution to cardiology.